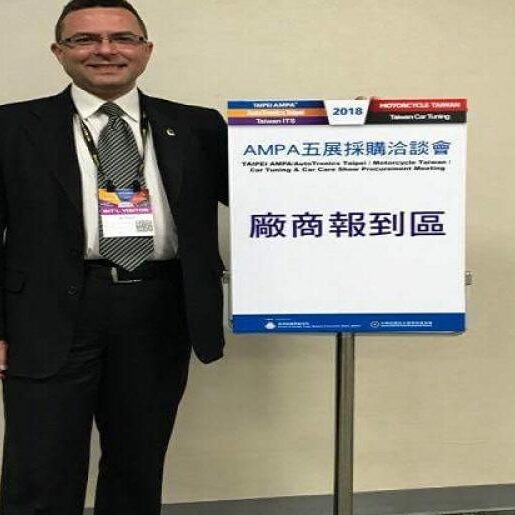 Between 8th of April and 15th of April 2018, AUTONOVA was represented by Mr. Ciprian Dan COSTEA, PhD, Vice-Chairman of the Board of Directors, at a series of international events and fairs held in Taiwan. Participation was possible due to the support received from TAITRA – the Taiwan External Trade Development Council.

At the Taipei AMPA – Taipei International Parts & Accessories Show, there were organized a series of bilateral meetings with potential partners from Taiwan. AUTONOVA had the opportunity to meet directly with the leadership of eight Taiwanese multinational companies willing to expand their businesses in the European space.

During these meetings, there have been identified possible partnerships that can lead to the development of AUTONOVA’s businesses with companies based in Taiwan – one of Asia’s most dynamic economies, alongside with the shared business and management experience with Taiwanese companies and managers.

On the 12th of April, Mr. Ciprian Dan COSTEA, PhD, Vice-Chairman of the Board of Directors, was invited to attend Taipei Managers Meeting, which was held at Howard Plaza Hotel Taipei. AUTONOVA’s participation at this meeting was a new opportunity for business discussions and business-ideas exchange, in the company of an extremely selective list of participants, including – but not limited to – the President of the American Chamber of Commerce in Taiwan – AmCham Taipei, the Taiwan’s head of the Turkish Foreign Business Affairs Representative in Taipei, Presidents of different Chambers of Commerce from Asian Countries, CEOs and managers of several Taiwan-based companies from Asia, Europe, North America and Australia and managers of some important Taiwanese companies. The hosts of the event were Mr. Keiichi Shimizu – General Manager of Howard Plaza and Mr. CK Leong – Special Assistant to the President of the Howard Plaza Group. The main conclusions of this meeting are connected to understanding the Asian economic environment and the vision that Asian companies – generally and Taiwanese – in particularly, have in terms of business development and expansion on foreign markets.

Following this visit, AUTONOVA reconfirms the development and expansion of our company’s business on the background of a dynamic, globalized and internationalized economy, in continuous modernization and expansion.

At the same time, AUTONOVA thanks all the companies and persons who gave us the opportunity to meet and discuss possible partnerships, noting the very high interest in concluding new business contracts and partnerships.