Vice Chairman of AUTONOVA, Ciprian Dan COSTEA, PhD, speaker at the HORASIS Extraordinary Meeting on the United States of America 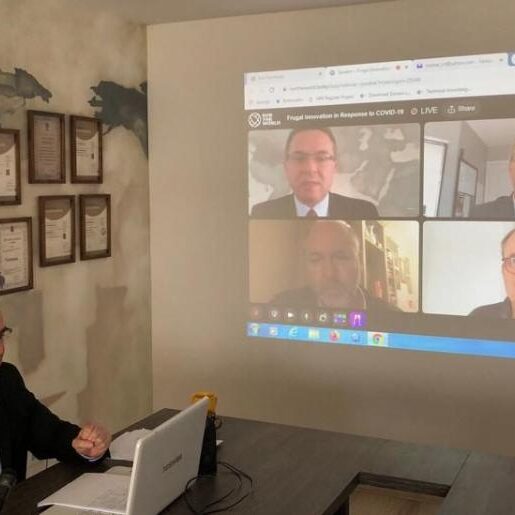 As the United States of America entered a new era under the leadership of President Biden, the international community looks on at how the US will provide diplomacy and leadership in a new, multilateral world and on how the American Rescue Plan Act in value of UDS 1.9 trillion will help the American and indirectly the global economy, to recover.

The Vice Chairman of AUTONOVA, Ciprian Dan COSTEA, PhD, following the invitation from the Founder and Chairman of HORASIS, Dr. Frank-Jurgen RICHTER, was honored to speak at this event within the panel “Frugal Innovation in Response to Covid-19” and to interact with top American and global business and political leaders, including representatives of the new American administration.

Following the meeting, our Vice Chairman stated: “we can notice an international huge interest on how the economy will be stabilized and on how the trade files will be managed on a cooperation and fair-competition based framework. There are needed changes in order to rebuild trust in the business environment, economy, institutions and not ultimately in people”.

Under the theme Rebuilding Trust, over 1,000 of the most senior members of the HORASIS Visions Community were offered the opportunity to interact with the new US administration to shape America’s and the world’s agenda.

The HORASIS Meetings are the world’s foremost gathering events of business leaders who interact with key government officials and eminent thought leaders.

Due to the pandemic situation, the event was held online, on 18 March, on the groundbreaking platform RunTheWorld.today