Autonova at the Economic Conference: Romania in Dialogue with German Businesses, organized by AHK Romania 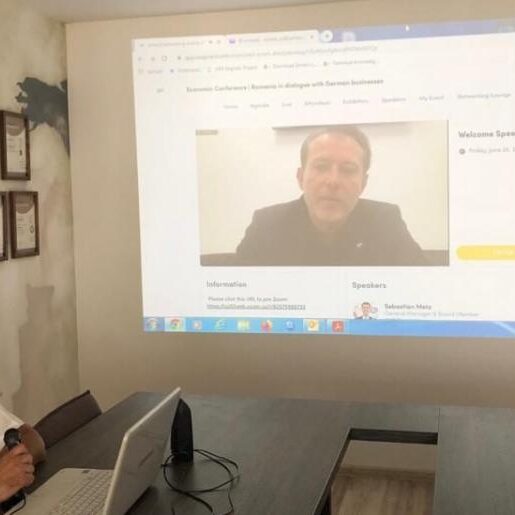 The German-Romanian Chamber of Industry and Commerce (AHK Romania) organized on the 25th of June 2021 the event: “Economic Conference: Romania in Dialogue with German Businesses”.

The event debuted with welcome speeches addressed by Mr. Sebastian Metz, General Manager of AHK Romania; Anja Quiring, Regional Director within the German Eastern Business Association; Dr. Volker Treiler, Member of the Executive Board of the Association of German Chambers of Industry and Commerce; His Excellency Cord Meier-Klodt, Ambassador of the Federal Republic of Germany to Romania; Mrs. Claudia Dorr-Voss, State Secretary at the Federal Ministry for Economic Affairs and Energy of Germany and Mrs. Anca Dragu, President of the Romanian Senate.

Mr. Florin Citu, Prime Minister of Romania, was the keynote speaker within the panel “Romania Economic Outlook During and After Pandemic”. As a member company of the German-Romanian Chamber of Industry and Commerce, Autonova was represented at the conference by Ciprian Dan Costea, PhD, Vice Chairman of the Board of Directors.

Other panels were organized to discuss topics such as: “Production, Industry 4.0, R &D”, “Green Deal”, “Infrastructure and Logistics”, “Smart Cities, Smart Regions”. Among the speakers there were personalities from the business environment, representatives of German Chambers of Commerce, ministers from the Romanian Government, mayors of the most important cities from Romania.

Germany is Romania’s main trading partner and the German-Romanian Chamber of Industry and Commerce (AHK Romania) officially represents the German economy in Romania. As a bilateral Chamber and member organization, it represents the interests of Romanian and German companies, as well as those of members in front of public authorities, thus being a central actor in the development of Romanian-German economic relations.