AUTONOVA prepares the future strategies for European Grants and Funds 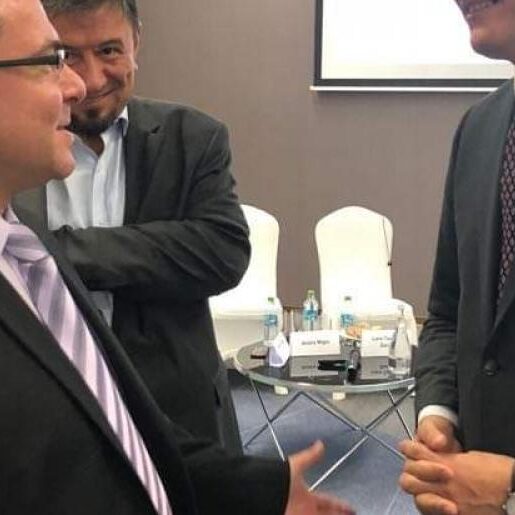 All the serious strategies are done with a long-time horizon. So does the financial strategy on European Grants and Funds. In the next Multiannual Financial Framework of the European Union, the chapters regarding the future European grants and funds will undergo some changes compared to the current ones, but as the changes are beneficial and can boost a new positive dynamic, the Board of Directors of AUTONOVA and the major shareholder of our company are already interested from now, on possible European-level financed projects that our company can access in the coming years.

In this context, Mr. Ciprian Dan COSTEA, PhD, Vice Chairman of the Board of Directors of AUTONOVA, honored the invitation received from Mr. Dragos PISLARU – Member of the European Parliament, at the conference: “The new European budget for investments – opportunities for guarantee and financing for the public administration and the private sector in Romania”. The event was held on the 29th of November 2019 in Cluj-Napoca, Romania, one of the most dynamic cities in the European Union.

The event addressed the current stage of negotiations on the Multiannual Financial Framework 2021-2027 and programmes such as InvestEU (former Junker Programme) and the Support Program for Reforms. The conclusions of the event evidenced the development in the future financial architecture of the European Union, of various options and tools that the companies will have at their disposal in the coming years, in generating and accessing grants and projects with European funding.

Along with Mr. Dragos PISLARUL, MEP, there were presented opinions by Lara Tassan Zanin – Head of the European Investment Bank Group Representation in Romania, Ms. Andra Migiu – Investment Officer – InvestEU at the headquarters of the European Investment Bank, Luxembourg, Mr. Istvan Jakab – the Representative Office of the European Commission in Romania, Mr. Cristian Otgon – Head of Department for Regional Investments and Innovative Financial Instruments at the North West Regional Development Agency Cluj-Napoca and Mrs. Bianca Muntean, Manager of the Transylvania IT cluster.