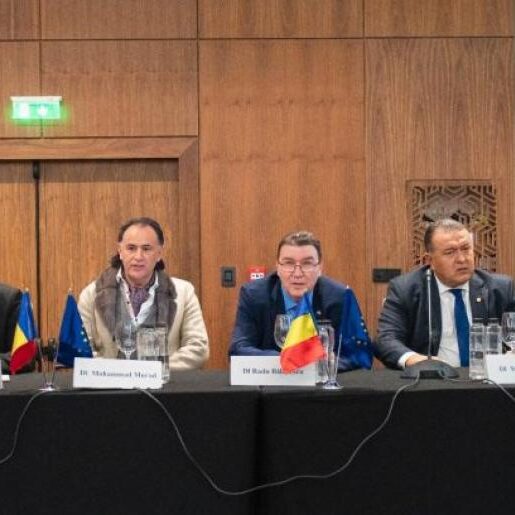 Last week, following the invitation received from the organizers, AUTONOVA was represented by Mr. Ciprian Dan COSTEA, PhD, Vice Chairman of the Board of Directors, at the conference “The Future of Romania – Promoting the Romanian Capital and the Autochthonous Business Environment”, at the events organized in Cluj Napoca on the 19th of February and in Bucharest on the 21st of February 2019.

The Conference ” Promoting the Romanian Capital and the Autochthonous Business Environment” is addressed primarily to businessmen and Romanian economists, but also to other interested actors in the Romanian civil society.

AUTONOVA S.A. as a Romanian company with strong tradition and with Romanian ownership, is a model of the shareholder’s vision regarding the development of the business and as shareholder’s support for the evolution of the company. Our company is also a model of proactive management, oriented towards quality and excellence.

At the conference, along with AUTONOVA’s presentation and vision of future business developments, Mr. Ciprian Dan COSTEA, PhD, Vice Chairman of the Board of Directors, also presented the necessity of internationalization of Romanian businesses in the context of the current global economy, marked by the strong competition between companies.

By attending this series of events, AUTONOVA emphasized once again that it is interested in the future, in the development of its business and on an efficient positioning in the future economic evolution.