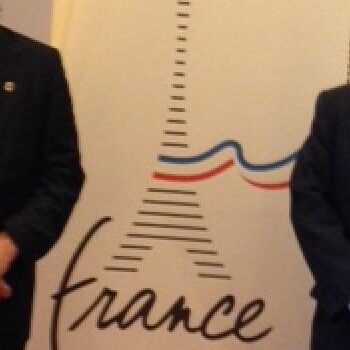 On the 3rd of July 2014, in Bucharest took place the event “ROMANIAN AUTOMOTIVE INDUSTRY – BUSINESS MEETINGS”, organized by ACAROM – the Association of Automotive Manufacturers of Romania, with the support of the Embassy of France in Romania, Renault, Dacia, Ford and UbiFrance Romania.

At this event, there were present more than 20 French companies beside a very reach Romanian companies presence. During this event there took place B2B meetings that created the right framework in order to debate the possibility of developing common businesses between the present companies.

Autonova S.A. was represented at this event by Mr. Ciprian Dan COSTEA, Phd, Vicepresident of the Board, and Mr. Cristian Dalis SUTEU, General Manager, who had bilateral contacts with French companies interested in generating partnerships with AUTONOVA S.A.