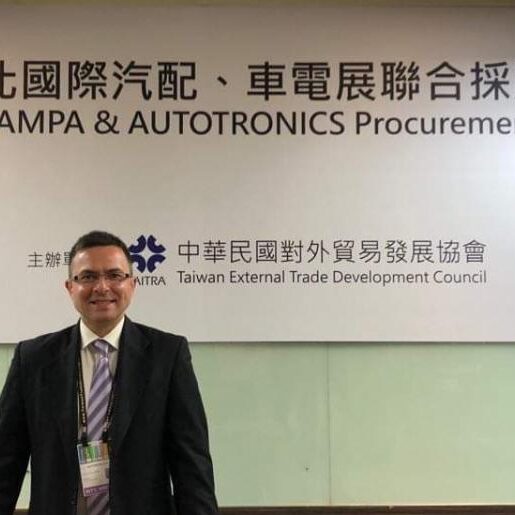 The participation to the AMPA Show was possible due to the support received from TAITRA – the Taiwan External Trade Development Council.

During this series of events, there were held B2B meetings with several companies from Taiwan in order to identify, enlarge and improve the range of our company’s suppliers, AUTONOVA being interested in generating new partnerships with TAITRA member companies.

At the same time, on the 25th of April, our Vice Chairman, Mr. Ciprian Dan COSTEA, PhD, was invited to attend the Taipei Managers’ Meeting, an event that took place at the Howard Plaza Hotel Taipei where there were held business discussions and talks related to the very dynamic economic environment from Asia, with managers and board members of several companies with extensive presence in Asian areas such as: Taiwan, China, Japan, Philippines, Malaysia, Singapore, Australia.

Excellent moments were represented by the bilateral meeting with Mr. Goran Gasparac, President of the European Business Association in Taiwan and the discussions with Mr. CK Leong, Special Representative of the Chairman of the Howard Plaza Group.

The participation at these events subscribes to the policy of diversifying and expanding our business and reflects AUTONOVA’s high interest in concluding new partnerships with potential suppliers and new clients.