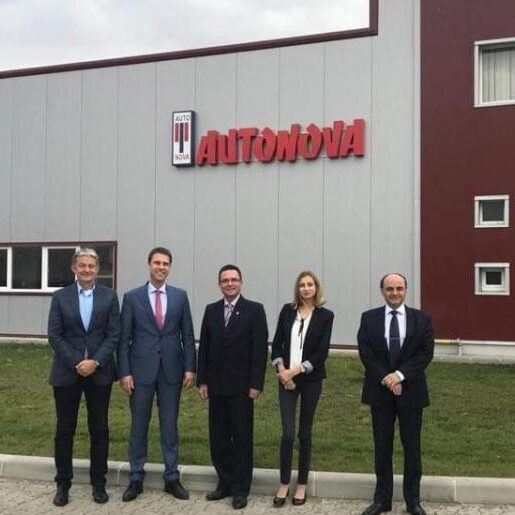 On the 30th of October 2018, in the series of meetings that AUTONOVA is conducting to consolidate and expand business and develop new partnerships, we have been honored by the visit of the General Manager of the German-Romanian Chamber of Industry and Commerce (AHK Romania), Mr. Sebastian Metz.

During this meeting, we discussed the evolutions of the partnerships that AUTONOVA develops with German companies, proposals to enhance collaboration with German-based companies and the need for support to Romanian entities so that they further expand their exports to Germany.

Another issue discussed is the need to relax the labor market legislation so that companies working in Romania can make it easier to employ the workforce outside the European Union space in the context of the labor market tensions. At the same time, it was approached the need to increase the implementation in the Romanian industry of production processes based on digitization and robotization, aspects which for AUTONOVA are a major priority and there are already present in our activity, in order to improve our productivity.

At the same time, the two sides called for a stable fiscal, economic and business climate, and for the opening of public authorities to a real dialogue with business representatives.

The German-Romanian Chamber of Industry and Commerce (AHK Romania) officially represents the German economy in Romania. As a bilateral Chamber and member organization, it represents the interests of the Romanian and German companies as well as those of the members in front of the public authorities, thus being a central actor in the development of the Romanian-German economic relations.